Is It Worth Dropshipping in Southeast Asia? 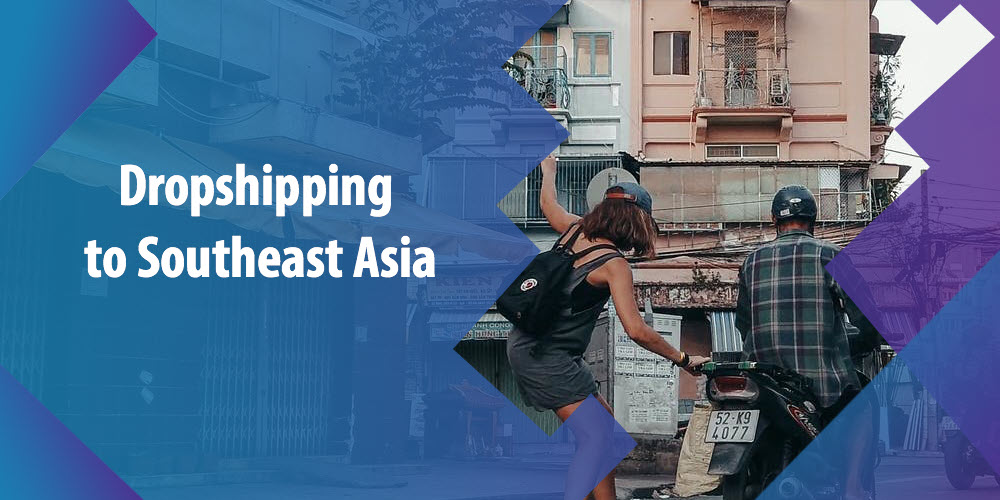 With global marketplaces on the rise and a wealth of dropshippers looking to see which countries are profitable, it’s not surprising many eCommerce entrepreneurs are wondering if it’s worth dropshipping in Southeast Asia.

Let’s start first with the brief take-away so you can get started on your business strategy.

Asian countries such as Indonesia, Vietnam, and The Philippines have a huge untapped dropshipping market. Although the economy may show signs of Instability, low risk and more simple eCommerce business models such as dropshipping can tap into the projected high volume of projected consumer spending.

Ok so with the takeaway nailed, we’ll start with an overview of the commercial landscape in SE Asia, so you are more easily able to get prepared for your dropshipping global domination!

According to recent studies by experts, eCommerce figures for Indonesia alone are set to skyrocket towards 84 billion USD by 2025.

This clearly shows that the eCommerce landscape in southeast Asia is growing fast.

Let’s look at two of the main reasons it’s worth dropshipping in Southeast Asia:

“According to recent studies by experts, eCommerce figures for Indonesia

According to Businesswire, B2C business rapidly grew during the recent global pandemic and is expected to sustain that growth.

This clearly means starting or expanding dropshipping in Southeast Asia could be a lucrative move for Shopify or other eCommerce store owners.

Countries in Southeast Asia worth dropshipping to

Southeast Asia is made up of 11 countries.

The top 6 who lead the way in terms of eCommerce are:

With commercial experts predicting that online retail sales are set to grow annually by a whopping 44.4 percent, the countries of Southeast Asia are worth including in your next dropshipping marketing plan.

Indonesia, Vietnam, and The Philippines

Indonesia, Vietnam, and The Philippines have a huge untapped eCommerce market.

It’s worth noting that these three up-and-coming Southeast Asian countries have a population twice the size of the US. For this reason, they are becoming a growing attraction for dropshippers.

Although that’s a positive outlook, there may be some downsides to consider when dropshipping to Southeast Asia.

“Indonesia, Vietnam, and The Philippines have

What are the cons of dropshipping in Southeast Asia?

Although the overall political condition of most of the Asian countries is becoming more positive, there are few economic risks identified by retail experts.

The economic slowdown and uncertainty in international trade have most certainly added to these risks. Although the above could be seen as negative, it may work well for dropshippers, Shopify, and other eCommerce store owners.

This is because, with the low-level risk of dropshipping and its simple business model, it is probably one of the most favored forms of business to take into Southeast Asia.

So what kind of products are popular in such dropshipping lucrative countries such as Indonesia, Thailand, and Malaysia?

Read on to discover more.

It can be tricky to find winning products and the right niche for your customer base. For example items popular in the USA might not work with a different audience.

So it’s worth taking the time to research the kind of products that are currently selling well in Southeast Asia.

As for most countries where dropshipping is popular, women’s fashion dominates the field. It’s worth also noting that many Southeast Asian countries are social shoppers and click the buy button regularly via social media channels, such as Facebook.

To keep consumers happy during all stages of their buyer journey, merchants must provide the payment methods that locals use most frequently

Whereas a good portion of many countries that are ideal dropshipping locations use PayPal and other popular payment methods such as stripe, Southeast Asia are fans of a simple online bank transfer, or cash on delivery.

However, the population of Southeast Asia is quickly grabbing hold of technological advancements and using them more to purchase online services and products.

Credit, debit cards, bank transfers and cash on delivery are currently the most popular payment methods.

Slow shipping times can make or break for any fledgling or scaling dropshippers.

Except for Singapore, the shipping in other regions is slower and less stable.

Knowing which platforms are used in Southeast Asia is a dropshippers gateway to sales. Knowing exactly where your customers are and the kind of platforms they are familiar with can help your dropshipping business make the transition to Southeast Asia.

Let’s start by looking first at one of Southeast Asia’s most popular shopping platforms, Shopee.

So now we’ve discovered the reasons to get started straight away on dropshipping to Southeast Asia, you might be wondering if there’s any other important info you need to know?

Read on to discover more.

it is crucial for dropshipping to have good visibility on Google.

Southeast Asian consumers have a high level of trust in search engines as a source of information.

Google is one of the main starting points for Southeast Asian product research. So many Southeast Asian consumers will look to Google for confirmation of the right product choice.

This means that merchants should put tremendous effort into their SEM (search engine marketing).

Dropshippers should also focus on SEO and paid search practices to guarantee success.

“Southeast Asian consumers have a high level of trust in

search engines as a source of information.”

Finally, to be highly successful when marketing to the region, merchants should create content in the local language, for example Bahasa for Indonesia and Malay for Malaysia.

This type of marketing resonates better and is highly effective and important to Southeast Asian consumers.

And to finish on…

Here at HyperSKU, we hope you have the complete lowdown on why your next dropshipping venture should include a lucrative Southeast Asian market.

Explore our website to find everything you need to begin or scale your journey into dropshipping.

Don’t forget to check out our blog for lots more helpful articles.