The Ultimate Guide to Brexit Impact On eCommerce – Business Compliance 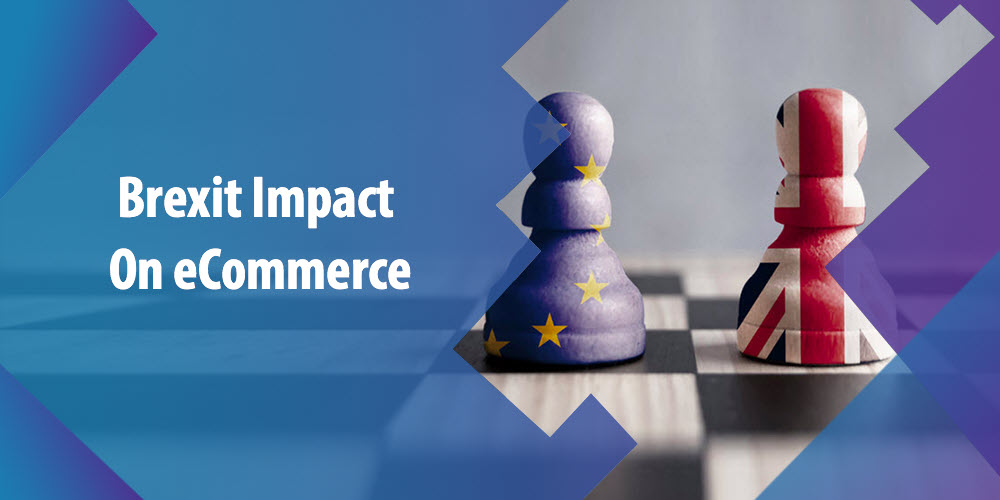 The vote had a global impact, and continues to grow as more news gets released around the subject each day. But why exactly is it so significant?

Well, that’s simply due to the fact that the UK is seen as an eCommerce powerhouse within the EU. In fact, online shoppers in the UK lead the EU in ecommerce usage and purchasing goods online, with a whopping 86% of internet users partaking in online shopping on the daily.

In this article, we’re going to discuss the Brexit impact on eCommerce, and how you can fully prepare your business.

Without further ado, let’s get started.

‘Brexit’ is the name given to the United Kingdom’s departure from the European Union. It is a combination of ‘Britain’ and ‘exit’.

Almost 5 years on, the transition period reached full completion on the 1st January 2021 and full change came into effect, meaning that the UK has now officially left the EU, and many ecommerce businesses are now trying to stay compliant with the new and ever-changing rules.

Marketplace seller Brexit requirements mean that those trading in the UK could face a triple tsunami of customs obligations and VAT charges following the UK’s departure from the EU VAT regime from 1st January 2021. It all arises from the end of the Brexit impact on ecommerce, and HMRC’s new rules on imports and cross-border marketplace VAT liabilities.

If sellers fail to understand the new 2021 rules for the marketplace seller Brexit requirements, it will, unfortunately, mean that they could face:

If you’re a UK eCommerce seller and have been selling on marketplaces, you’ve probably already made sales to countries all over the world with which the UK has no trade agreements at all. This is because the lack of a trade agreement doesn’t necessarily mean you can’t buy and sell, it simply means that you may be at a disadvantage compared to a seller who is local in the destination country by import tariffs.

But here’s the good news: according to the UK-EU agreement, trades between the UK and the EU that meet the rules of origin will be customs duty-free. Though the details is still unclear, there’s a chance that UK sellers still enjoy price advantage selling to EU, compared to sellers located in rest of the world.

With that being said, let’s take a look at this actionable checklist for UK eCommerce sellers trading with the EU:

A priority of yours should now be to contact your courier/postage company and ask them the question about deliveries into/outside of Europe or the UK. They should be able to answer your question clearly as a plan should already be set out to deal with the sending and receiving of packages.

If you’re an ecommerce seller trading in the UK, you’ll probably have suppliers scattered all over mainland Europe, as well as the UK itself. Make sure that you follow the marketplace seller Brexit requirements so you don’t run into any problems. After all, the last thing you want is to run into red tape you haven’t experienced before when you go to order your next batch of products.

Similar to communicating with your courier company, make sure you also call your suppliers and ask about how the changes in shipping products have affected them. If you’re able to, consider ordering your shipments earlier to ensure that business is not interrupted.

The engine that keeps the Ecommerce seller train running. Ensure that you continue to communicate with your customers and keep them up to date on the happenings. As you have now sourced valuable information from your courier and your supplier, you should be able to have a better idea of the Brexit impact on ecommerce. Look at posting banners on your website, add to your email footers, and even update your online listings if need be.

Be Ready To Adapt

“It is not the strongest species that survive, nor the most intelligent, but the ones most responsive to change.” – Leon C. Megginson

The very same quote can be used for eCommerce sellers trading in the UK. Over the years, many have used this quote from Megginson when he paraphrased Darwin in ‘’The Origin of Species’’.

At the end of the day, you’re either driving the bulldozer, or you’re about to be bulldozed. When you’re unfortunately presented with a situation that you can’t control, but can impact your business, you just need to make sure you’re ready to act quickly and accordingly.

Conclusion: Keep Calm and Carry On

Brexit’s impact on ecommerce and ecommerce sellers trading in the UK and outside of the UK continues to change day by day, as the full departure is still causing some confusion to many out there.

However, that doesn’t mean that you can’t stay positive, keep calm, and carry on doing what you do best. As we just said, make sure that you’re ready to adapt and create the best plan of action. Keep tabs on the news, be proactive, and base your business around the Brexit future.